If you’re relocating to the Sacramento area, or just thinking about it, you’ll find this page to be an excellent resource for all your relocation information needs. 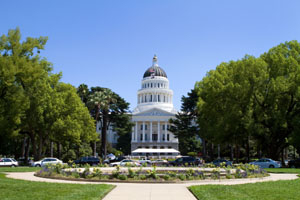 Sacramento is located in the heart of California’s Central Valley and is home to the State Capitol. The city is ideally situated between San Francisco and Lake Tahoe, making it easy to reach either destination within about two hours. With a metro population of over 2 million people, Sacramento offers an incredible array of recreation, entertainment and cultural experiences. Although state government is the largest employer in the region, Sacramento also has a diverse economy and business community.

The greater metro area also boasts some of the fastest growing cities in the country; Lincoln, Roseville, Rocklin and Granite Bay comprise several bustling towns along the I-80 corridor heading northeast, while just south of there, along Highway 50, you’ll find the communities of Rancho Cordova, Folsom and El Dorado Hills. Some of these busy suburbs are also home to some of the best performing public schools in the state.

If you like nature and the outdoors, the Sacramento region has few peers. World class skiing is just a short drive to either the south or north shores of Lake Tahoe – host of the 1960 Winter Olympics – where you’ll have access to some of the best slopes and finest resorts in the country. During the summer, Tahoe, which is the highest alpine lake in the country, turns into a fishing and boating paradise. The area is also home to hundreds of miles of walkable trails for hikers.

Within just minutes of downtown Sacramento is the Folsom Lake recreation area, which offers a multitude of year round outdoor activities. The American River, which runs from Folsom Lake right through the city, is famous not only for fishing but also for white water rafting. The Sacramento River meets the American River and courses right along the downtown section of the city, where you’ll be treated to beautiful riverfront views, bridges and even an old fashioned riverboat cruise.

If riding a bike is your thing then you’ll be right at home as Sacramento is considered to be one of the most “bike friendly” cities in the country. In fact, Virgin Vacations voted Davis, California (a college town located 15 miles southwest of Sacramento), the 5thmost bike friendly city in the entire world! 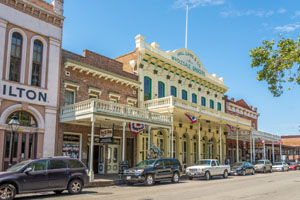 With such a growing population, and close proximity to major entertainment hubs San Francisco and Los Angeles, the Sacramento region is treated to some of the best entertainment options available. Whether it’s concerts or Broadway spectacles, most major productions include Sacramento as a regular part of their tour itinerary. For sports fans, the Sleep Train Arena is home to the NBA’s Sacramento Kings and the venue of choice for a variety of world class sporting events, shows and entertainers.

Dining is a treat in and around Sacramento, with a myriad of menus comprising virtually every ethnic variety under the sun, and reflecting the area’s cosmopolitan personality. From five star elegance, to quaint bistros or the local bar & grille, Sacramento has something for everyone and reflects the best of what California has to offer. Many restaurants and grocers take full advantage of the areas fantastic meat, dairy and produce, using only the freshest ingredients found locally here in the Central Valley.

For additional information on the Sacramento metro area, please visit some of the following links:

Links to Other City Web Pages:

University of California at Davis